The simple definition of spiritual abuse is: controlling or coercive behaviour in a religious context. However, widespread abuse in a faith-based context is much more nuanced, and may include:

manipulation and exploitation; enforced accountability; censorship of decision-making, requirements for secrecy and silence, pressure to conform, misuse of scripture or the pulpit to control behaviour, requirement of obedience to the abuser, the suggestion that the abuser has a ‘divine’ position, isolation from others, primarily those external to the abusive context. [as outlined by a Christian safeguarding charity formerly known as CCPAS, now Thirtyone:eight]

Spiritual abuse is, sadly, a widespread problem. It is often part and parcel of domestic violence in Christian homes, where the number of abused women is the same as outside of the church: 1 in 4.

Figuratively speaking, abusive husbands may use the Bible to bash about their wives’ heads as justification for despicable behaviour. Some (obviously very erroneously) dangle as bait the notion that a man is the head of his household, and his wife must submit to him. Others misinterpret the apostle Paul’s metaphorical language of the wife being “the weaker vessel”, and instead of following Paul’s command to treat their wives with love and honour, choose to beat them into submission.

“Submission” is perhaps the most controversial word in the Bible.

Evidently, it is not a cloak for abuse: instead, it is used to describe the act of willingly yielding to the leadership of another. Submission is not only used to describe husband-wife relationships, but also to characterise the way in which believers in the church are supposed to relate with one another. The criticism which must be levelled at the global church is that not enough leaders take the time to condemn abuse when they are teaching these scriptures.

Abuse in the home is perceived not to be a problem facing church members – which we know is grossly untrue. Shrouded by the culture of shame in not meeting up to “perfect Christian standards”, female victims feel more and more powerless to come forward to report what they are suffering in the home.

It is essential to state that when faced with a case of domestic abuse, many Christian leaders will rebuke the perpetrator and seek to protect his wife and children. However, devastatingly, there are also instances where women have been told that they must forgive their unchanged husbands and return to a home which is anything but sweet. Due to the pedestal on which many pastors are placed, few victims will go against the directive. Some may find that the leadership does not even believe them, and also takes their abuser’s side!

Many Christian women also feel acutely aware of the fact that “God hates divorce”, and thus may even feel guilty for wanting to escape what has now become a very unsafe institution. It goes without saying that God hates for any of His creations to be harmed, and thus Christian leaders should not hesitate to assure such women that their safety comes first.

Spiritual abuse is not just limited to the home, of course. Male leaders have been known to abuse their power, knowing those under them will feel they have no choice but to submit to their authority. I have heard cases of pastors forcing women in their churches to sleep with them, citing the fact that they must “obey your pastor”. Examples of pastors and youth workers sexually molesting young girls exist too.
It is beyond concerning when a man has reached such a level of dominance over his congregation that he feels he can demand sexual favours with impunity.

Spiritual abuse occurs in all manner of faith-based contexts; I have focused on spiritual abuse in the church because I am a Christian and Press Red is a Christian-led organisation. However, Islam is another context in which spiritual abuse occurs. The matter of “temporary marriages”, sanctioned by the Shiite wing of Islam, has been directly linked to the systematic exploitation of young girls and women – by Muslim clerics. One of the clerics in the BBC documentary Undercover with the Clerics: Iraq’s Secret Sex Trade, is quoted describing child sexual exploitation as “halal”, saying: “Nine years old plus, there’s no problem.” The founder of Islam, Mohammed, was known to have acquired a wife when she was just six, consummating the union once she was nine, and he was fifty-three. Some argue that systematic spiritual abuse is unconquerable in such a context, further pointing to Islamic texts where a woman is deemed as worth half as much as a man because of “the deficiency” of her mind.

It is scary to think of how many supposed “men of God” use the name of God in vain, to legitimise their ungodly behaviours. We must call them out. 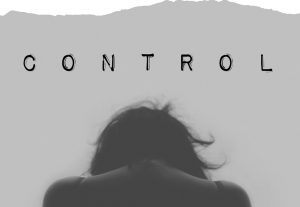