When thinking about women who impacted medical history, names such as Florence Nightingale and Mary Seacole often spring to mind. However, one name lesser-known, but who arguably had a more significant impact was Josephine Butler. Butler revolutionised and improved women’s health treatment providing them with dignity, while simultaneously campaigning for an increase of women in educational spheres. At this time, women had no legal or independent status apart from their husband or father.

Born in Northumberland in April 1828, Josephine Butler, was the fourth of seven children born to John Grey. Her upbringing and subsequent visionary work were likely to of been shaped by her father who advocated to abolish the slave trade and a strongly supported social reform. Unsurprisingly, this environment encouraged Butler to question the inequality and oppression of women, leading to critical evaluations of the established structured of the time.

In 1852, Josephine married George Butler and moved to Liverpool, where George Butler’s work was based. George was passionate about education and held similar political positions as Josephine, none too dissimilar to her fathers. George and Josephine Butler bore four children, but tragically in 1863, their six-year-old daughter died. Imaginably, Josephine’s grief was palpable, and it was after this, Josephine began visiting the local workhouses.

It was during these visits, Josephine saw the extent of the oppression of women, especially in the lower classes of society. Her visits illuminated the issues of both child and adult prostitution, the treatment of venereal diseases in women, and the lack of education most of the women had ever received. Josephine’s experience enlightened her to the tragedy of child prostitution, and she became part of a group which forced parliament to amend the age of consent from 13 to 16.

Further, in 1869, Butler began her campaign to reverse the Contagious Diseases Act. The Act stated police were permitted to arrest women, without evidence, if they believed them to be prostitutes. The women were then detained for invasive examinations for sexually transmitted infections. Women had no choice but to accept these invasive examinations and procedures, with the penalty being hard labour. If a female had contracted a disease, they were detained in hospital, until treatment had been completed and infection cured.

In her writings Butler explained the discrimination of the manifesto of the Contagious diseases Act writing, it “not only deprived poor women of their constitutional rights and forced them to submit to a degrading internal examination but they officially sanctioned a double standard of sexual morality.” Men were not required to participate in the same examination and treatment of sexually transmitted diseases, with resulting levels of STD’s not being decreased. Butler’s advocacy was criticised by both men and women alike with women historically, not being outspoken surrounding STD’s and equality in the public sphere.

Josephine’s outspokenness against this treatment, however, gained support and along with other prominent women, formed the Ladies National Association for the Repeal of the Contagious Diseases Acts in 1869. This was a long process, with many problems arising to confront Josephine Butlers aims, yet in 1883, with a majority of 72, the Act was finally repealed.

Josephine continued to advocate for women’s rights and vehemently believed that women had the same intellectual abilities as their male counterparts. For the remainder of her life, she campaigned for social reforms, speaking out against unfair treatment and writing various documents to support women’s rights. Unfortunately, due to the nature of her work, Butler is rarely heard about in schools, but her work remains poignant nevertheless. 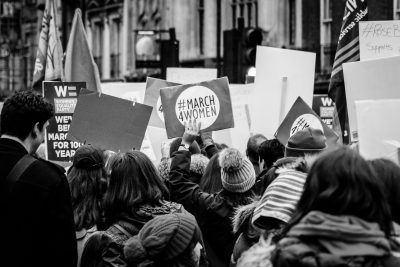