For a while now, I’ve wanted to write something on “Purity Culture,” mainly because it annoys me that women should be held responsible for men’s sexual behaviour (which is a one-sentence distillation of Purity Culture!).

Then last week happened – right in the middle of International Women’s Day and Women’s History Month, things exploded. And I think there is a connection.

A woman was murdered; women have been murdered; women will be murdered (two a week in the UK, according to the latest statistics). It is horrific; it is unacceptable. Women, myself included, are saying: “Enough” and talking about their experiences of… well, really of just existing in this world – I don’t quite know how else to put it.

We’ve talked about it being normal not to have the freedom to walk down the street without being hyper-aware of our environment: “Who is that walking behind me, friend or foe?”, “Close my ears to the comment… focus on the horizon… keep walking”.

“Gosh, my dear, that was awful, but why were you out at that time of night”… or day… or dressed like that… or… fill in the blank. “What were you doing/wearing to make him behave that way?”

The thing is, like most women, I’ve heard these messages so often that I find myself internalising them, to treat this as normal, to think it is okay that I have to modify my behaviour constantly. It takes a week like this to permit us to say: Enough. It is not my/our fault that others are wrong, ignorant, stupid, dangerous, brutal, brought up badly, etc.

Ever since the advent of Purity Culture, women (especially in the evangelical church) have been made responsible to bear the responsibility for men’s sexual behaviour. In reality, it started way before the phrase Purity Culture was coined, take the case of Tamar “playing the harlot” Gen. 38:24).

So what is Purity Culture (and its predecessors), and why is it not really about purity at all, but about making women responsible for men’s actions?

Let’s start with what Purity Culture is NOT.

So what is Purity Culture, and why can it be the unwitting partner of Rape Culture or Lad Culture?

According to The Gospel Coalition (let’s get it straight from the horse’s mouth): “Purity culture” is the term often used for the evangelical movement that attempts to promote a biblical view of purity (1 Thess. 4:3-8) by discouraging dating and promoting virginity before marriage, often through the use of tools such as purity pledges, symbols such as purity rings, and events such as purity balls.”

Sounds fine, but although the intention may be a good one is led to ask (as in the case of the woman caught in adultery) – where are the men? The problem is, or one of the problems is, that it’s the girls who seem to carry the can.

Purity culture promotes virginity until marriage for teenage girls. I am sure we all realise that it takes two to have sex – where are the boys with the purity rings? (Yes, I know someone reading this will say that it is also aimed at the boys, but the daddy-daughter balls are for men to protect their daughters’ virginity, not their sons).

But this goes beyond a purity ring. It goes to the shaming of women’s bodies, and the oft-quoted “men are turned on by what they see” – so ladies, make sure they don’t see you – or too much of you. If a man lusts after you, well, that must be your fault, for dressing that way, for having that figure, for existing and being in their space.

But for them, well, that’s just the way God made them.

This is very convenient and takes all the responsibility off boys, and then men, for not keeping a check on their hormones (I realise that men and boys have been as damaged by this as the girls have been).

Although Purity Culture as a movement has been largely debunked* the worldview remains with us and not only puts women in actual danger but holds them back from fulfilling their callings. If women are seen as dangerous, and men can’t meet with them alone (lest they are seduced), where does that leave space for female leaders in largely male-dominated institutions? Male sexuality trumps female calling (as does male ego in assuming that the woman wanted to seduce him in the first place).

The thing is, Purity Culture has always been with us in one guise or another, and it is still rampant in the world view of many – it’s not just a Christian thing. It’s found in people of all faiths and none. It is still damaging women, men, and the relationship between them. Human beings were created in God’s image, male and female, both equally valid, both having equal rights to a space in the world.

In the words of this year’s International Woman’s Day theme: Choose to Challenge. Let’s choose to challenge unacceptable behaviour and the underlying theologies that reduce and take life from half the inhabitants of this planet of ours (this planet of BOTH of ours).

* TGC again: A study published in 2009 found that the sexual behavior of teens who had taken a purity pledge does not differ from that of closely matched non-pledgers. (Five years after the pledge, 82 percent of pledgers denied having ever pledged.) Another study found the sexually transmitted diseases (STD) infection rate of those who had taken the pledge also did not differ from the non-pledgers. Even though Purity Culture may have been somewhat debunked, the effects are still with us.
https://www.thegospelcoalition.org/article/faqs-know-pu 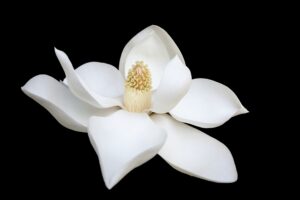