The Effects of COVID-19 on Women & Girls

I experienced physical and verbal abuse as a child. It wasn’t fun.

If I could spend the rest of my life trying to stop those things from happening to anyone else, it wouldn’t be long enough.

Thankfully, I can sit here and write this blog post today because I am a survivor. I am one of the few that made it through.
Abuse against women and girls is a killer. It has killed and is killing many.
And Covid-19 is only amplifying the problem.

My heart is breaking. 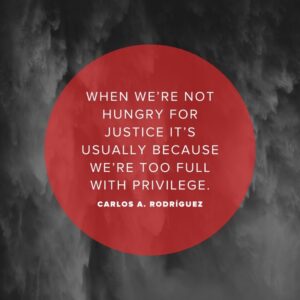 The peculiar circumstances in which we find ourselves are more than strange for those who live with an abusive partner or family member. They become petrifying.

Imagine being locked up all day with the person who makes you fear for your life. Or perhaps you do not need to imagine it; maybe you have already lived it – or are living it right at the moment you read this.

If this is your experience, you are not alone.

The Guardian reported that the counselling charity Relate had received an influx in calls for help since the coronavirus epidemic ballooned. In essence, 30% of pleas in the week leading up to 18th March mentioned the coronavirus.

It is not just within four walls with an abusive person that makes domestic abuse more likely to occur. It is also the socio-economic factors that come into play. Many who were already on the threshold of poverty have now lost their jobs. What was a precarious situation is now perilous.

Where children might have previously had a “safe parent” who could protect them from the dangerous one, the “safe parent” may now be doing more hours as a key worker. Children are now also more tied up than ever in the cycle of abuse.

My heart is breaking. Is yours, yet?

Thankfully, our hearts (I would like to think that your heart feels this pain too) are not the only ones struck by this horrific reality. Train companies have partnered with Women’s Aid to cover the cost of train tickets for those travelling to refuge accommodation to escape a dangerous home situation. Laws surrounding lockdown should not apply to those whose lives are in danger at home: the Home Secretary Priti Patel has made this clear. 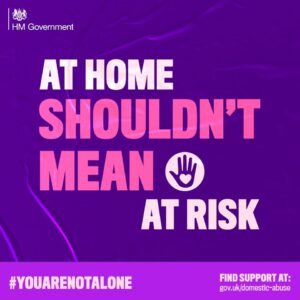 Those in immediate danger are encouraged to call 999 for help, and if unable to speak, should press 55, after which they will be transferred to an operator who will direct the call to the police.

It is not just in the UK that incidences of domestic abuse are accruing. The same trend is everywhere that Covid-19 has taken hold. In China, there was a threefold increase in cases reported to the police in February, compared with the same time last year. In some parts of the UK, during the first two weeks of the lockdown, there was an increase of over 20% in domestic abuse cases. The situation is so dire in this isolation period that police in Cumbria have asked postal workers and delivery drivers to look out for signs of abuse.

You can help too. If you know or see someone in danger, please direct them to help. And draw attention to the plight of these victims. If now is not the time to become more aware of our responsibility towards one another, then I don’t know when is.

“ ‘Counting Dead Women’ has got to a total of 16 domestic abuse killings in the last three weeks. We usually say there are two a week, that looks to me like five a week – that’s the size of this crisis.”

It isn’t just women and children at home whom we should be thinking of more at this time. We should also be thinking of those who have trafficked into services that can no longer run during this unprecedented time.

If you haven’t already read the series I wrote in November on different forms of gender-based violence, I encourage you to do so now.

Human trafficking is one of the significant issues that affect women and girls disproportionately.

Many women and girls sold into prostitution and slave labour all over the world.

Their bodies predominantly used to sexually service and are taken advantage of in unspeakable ways.

Their lives were already in danger. Now, the means by which their purchasers use them, are no longer running. Where they might have had regular clients take their fill at brothels, the streets are empty; the police are sending those out on non-essential travel, back home.

Now, these women and girls are much more susceptible to rape and more from their “owners”.

My heart is breaking. Is yours too?

If it is, do me a favour and share this post. Or at least start talking about these issues.

And if you are someone who prays, PRAY.