No Room For Grooming

Grooming, as defined by the NSPCC, is “when someone builds a relationship, trust and emotional connection with a child or young person so they can manipulate, exploit and abuse them.”

This topic is one that has hit the headlines in recent years and months. Critical cases include the grooming gangs of Rotherham, Rochdale, and Oxford, which showed the presence of what could be described as a cancerous disease causing ruin to thousands of girls. The principal themes that run through each case point to men preying on vulnerable girls, earning their trust, and exploiting them for sexual gain, while simultaneously promising their victims, sundry rewards including in the form of money and drugs. Grooming is typical of a sexual nature; however, it can consist of other types of exploitation, including child labour.

The NSPCC notes that: “anybody can be a groomer, no matter their age, gender or race.”

The recognisable and well-broadcasted case of Jeremy Forrest is a crucial example of how grooming works. In this scar on national history, a 30-year old maths teacher developed a relationship with one of his pupils when she was just fourteen, and a year later, went on the run with her, escaping to France for a week before local police found them. The mother of the girl describes in her book The Runaway Schoolgirl, how, to gain her trust and to cover up his tracks, Forrest rang her when he had already begun a sexual relationship with her daughter, claiming that all the rumours were untrue. He even called the victim “a bit of a pain” for neither confirming nor denying what people suspected. His tears and well-scripted lines convinced the mother that he was telling the truth; she recalls, ‘He sounded so sincere, honest and vulnerable.’

The critical tool which groomers use to abuse their power is manipulation. They manipulate the victim, and often, in turn, their parents or guardians, their friends, and anyone else who is in a position to protect them – covering the wool over their eyes while they scar the young person.

The magnitude of these occurrences is now being brought more into the light, with R&B singer R. Kelly soon to face trial over numerous charges, including sexually exploiting underage girls, kidnapping, and sex trafficking. Parents of the girls who are allegedly still being held captive by him speak of how he wove a web of lies before their eyes to shield them from the sickening reality.

A frightening theme that runs through the tales of all of R. Kelly’s accusers is that he gained their trust while they were vulnerable. Many were aspiring singers and believed that he would take them under their wing and propel them into stardom. Instead, they are known for being victimised by his controlling and disturbing behaviour.

Groomers are acutely aware of the power that they hold. They choose carefully and cunningly who their victims will be, so that the match is, from the start, an unequal balance of power.

Grooming can take place in several institutions. It can occur in the home, in educational settings, in the Church, or other faith spaces and online. Manipulators have now become so calculating with their methods that they sometimes pose as a younger person and become the child’s “friend” before later revealing their true identity, by which point the victim excuses the deceit because they have grown to trust and love the abuser. Some then ask for explicit photos or demand the victim to perform sex acts during video calls.

The victims of grooming are not limited to young girls; however, the incidence of male-on-female sexual exploitation is disproportionate.(The first post of this series, found here,discusses why females are particularly susceptible).

The prolific predator Jimmy Savile, who mastered masquerading as a philanthropist all his life, is a case in point: of the 589 victims who reported his crimes, 82% were female. [This is the figure of reported crimes; experts estimate that Savile abused more than 1,000 people.]

Children in care are particularly at risk of grooming, as they have complex histories and are especially vulnerable. Past cases have shown that those appointed to care for them are easily able to abuse their position: they have become the children’s sole guardians, and there is virtually nowhere else for them to seek protection. And just like that, very quickly, the intended protector becomes the abuser.
Trust and manipulation become so intertwined in the complexity of this abuse that the victim may often still feel affection for their abuser, or even blame themselves for their crimes.

Are our eyes open wide enough to spot the warning signs?

We need to wake up; too many young girls are suffering, unnoticed. 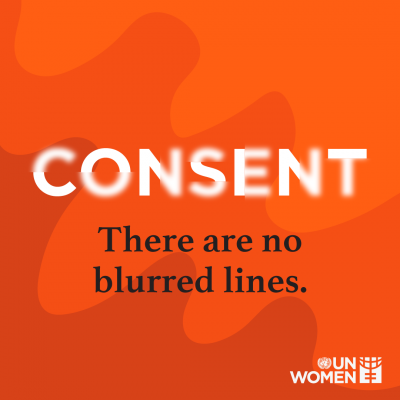