Honour Based Violence and Its Brutality

The Metropolitan Police describes “honour-based violence” as “a violent crime or incident which may have been committed to protect or defend the honour of the family or community.”

Figures show that at least 5,000 people are victims of “honour” killings yearly. UK figures are out of date, yet estimate that at least one of such murders takes place in Britain and Northern Ireland every month. Women and girls disproportionately make up the affected numbers.

The motives that start the chain of events are diverse. They range from refusing to comply with an arranged marriage, to having a relationship with someone from a different culture or ethnic group, to attempting to divorce.

Others reasons cited for killing a girl or woman include: caught talking to a member of the opposite sex; seen to be too aligned to ‘Western’ values; lost her virginity or was raped; she left the house without permission; she reported domestic abuse.

Perpetrators are known to state – even when cross-examined by law enforcement – that the victim’s punishment was deserved as it is viewed that the family has been disgraced.

Pakistan and India are the countries where honour-based violence is most prevalent, according to statistics: 1,000 “honour” killings occur in each of these countries annually. However, honour-based violence is hugely under-reported, facilitated by the fact that the people who would usually report the murder of their loved ones – in these cases – are the ones who have killed them. Experts believe that closer to 10,000 of the killings of women in Pakistan is “honour-based”.

The case of Shafilea Ahmed is a landmark case that brought to light the horror of abuse which the attackers attempt to legitimise by using the word “honour”. The 17-year old Bradford girl was brutally murdered in 2003 by her parents in Warrington, Cheshire. Deviously dodging suspicion by claiming they were the unjust victims of racial prejudice rooted in their Pakistani Muslim heritage, Iftikhar and Farzana Ahmed were convicted of Shafilea’s murder in 2012.

The shocking manner in which they held their daughter captive before finally killing her is blood-curdling. Shafilea angered her parents by refusing to be forced into marriage with a much older cousin in Pakistan. And after trying to escape twice after her father entrapped her in the family home and subjected her to vile, physical abuse, Shafilea drank bleach to avoid the prison gates that her family was preparing to lock her in. In the end, Shafilea’s life was taken because she was wearing a T-shirt and tight jeans. Her sister Alesha describes how Shafilea’s parents stuffed a plastic bag in her mouth and suffocated her to death, right in front of her four young siblings. They then disposed of her body in a different county and denied knowing anything about how their daughter had gone missing.

In the UK, honour-based violence is covered by laws on domestic abuse. However, in some nations, it is barely considered an offence. Suzanne Goldenberg writes of how ‘those who kill for honour [in Pakistan] go rarely punished. In the rare instances [that] cases reach the courts, the killers are sentenced to just two or three years.’ Amnesty International notes that the perpetrators are protected more than the victims, ‘reinforcing that men can kill their female relatives with virtual impunity’. Some communities will even praise the killer, believing them to have defended the honour of their culture by cutting off someone seen as mocking the code.

The matter is further complicated by the reality that the woman may not have broken any code; she simply may have been reported as having done so. In some cases, a woman accused of adultery has only talked to a man in a shop.

Acid attacks, strangulation, being burnt alive or being stoned are just some of the horrible means to the end of her life. Crimes related to the culture of family shame are most common in Islamic cultures, yet they have also been found in Sikh and Hindu families, and less commonly, in Jewish and Christian homes.

There is no ‘honour’ conferred in brutally taking someone else’s life. It is inexcusable that women’s lives should continue to be cut short in this way. Sensitivities around criticising someone’s “culture” do not hold water here: this is a global human problem and one which all communities must decry.

We must instead cry ‘SHAME!’ on those who continue to perpetuate a culture of normality around these atrocities. 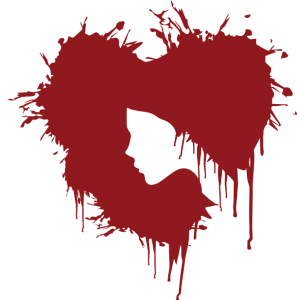