Attacks in the home constitute one of the oldest existing forms of abuse against women and girls.

In the UK, domestic abuse encompasses any incident or pattern of incidents of controlling, coercive or threatening behaviour, violence or abuse between those aged 16 or over who are or have been, intimate partners or family members, regardless of gender, sexuality, colour or culture. And yes – even in homes of faith.

The Crime Survey for England and Wales (CSEW), figures from March 2018-19 found that approximately 2.4 million adults aged 16-74 had experienced domestic abuse. 1.6 million of these were women. However, few victims will ever report their abuse to the police. In the case of partner abuse, CSEW discovered that only 83% of those abused alerted authorities.

Domestic abuse is, of course, not solely experienced by victims who are women. However, statistically, women are much more likely to suffer. (Children below age 16 are not included in the national definition, as the matter then becomes child abuse.) 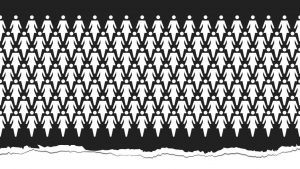 An average of 137 women PER DAY are killed around the world by a partner or family member, according to the UN

Domestic abuse is FRIGHTENINGLY common. 1 in 4 women in the UK will be a victim of domestic abuse in her lifetime. Depressingly, this statistic is the same for families within the church.

Physical abuse is perhaps the easiest form of abuse to spot. It can include punching, kicking, pulling hair, strangling. Physical abuse in the context of domestic violence is the thief of two women a week in the UK.

Psychological and emotional abuse go hand in hand with any other form of domestic abuse. There is a nuanced difference in the terms:
psychological abuse is more bound up in making one doubt their sanity, while emotional abuse centres more on making someone feel worthless.

“Gaslighting” is a classic example of the former. The abuser may use phrases such as “You’re crazy – that never happened” – to consistently undermine the self-belief of their victim. Of course, emotional abuse is inevitably tied up in this: the victim often sinks into depression. Verbal abuse, whereby the victim is called names and maybe threatened, also produces low self-esteem.Sexual violence is another form of domestic abuse. It may involve marital rape, but at times may include sexual assault by a previous partner or a family member.

Financial abuse includes: controlling the money of the victim; assigning the debt to her name; preventing her from accessing education or work and withholding child maintenance payments.

‘a range of acts designed to make a person subordinate and/or dependent by isolating them from sources of support, exploiting their resources and capacities for personal gain, depriving them of the means needed for independence, resistance and escape and regulating their everyday behaviour.’

‘a continuing act or a pattern of acts of assault, threats, humiliation and intimidation or other abuse that is used to harm, punish, or frighten their victim.’

I used to volunteer at a domestic abuse refuge. It was devastating to witness the shattered lives of women and children. Some were even pregnant when they had to flee. The effect that domestic abuse has on an unborn or newborn baby cannot be underestimated. The children that witness their mother being abused, also, will be gravely affected.

Unbelievably, fifteen of the world’s countries have not outlawed domestic abuse. British legislation does have protection in place for survivors – with examples including the Destitution Domestic Violence Concession, for immigrant women under a partner visa; restraining orders and prison sentences. However, a landmark bill which was due to be introduced this year would have appointed a Domestic Abuse Commissioner to give this political crime visibility, as well as prohibited the cross-examination of victims by their abusers in the family courts. This bill has now been tabled due to Brexit and is waiting to be re-drafted.

Domestic abuse is not a secondary issue. It must be dealt with NOW. It has already claimed too many lives.

Earlier this year we partnered with Restored, the UK’s experts on domestic abuse in the church, to create Control; a powerful theatrical event designed to make churches aware of the domestic abuse within their own congregations and to equip them to respond. To learn more about Control, click here.