This year’s global UN 16 days of activism campaign is centered explicitly on rape: by far the most ruthless of sexual violations.

Rape as defined by the Metropolitan Police, “is when a person intentionally penetrates another’s vagina, anus or mouth with a penis, without the other person’s consent.”

Rape goes against everything that God created sex to be. Sex is meant to be most intimate intertwining of two persons it is possible to have.

Sex constitutes a physical, spiritual, and emotional union between two people. It is designed to be beautiful and sacred and nurtured in the context of a mutual and committed, loving covenant.

Rape, however, constitutes physical pain, spiritual chaos, mental fragmentation, is borne out of an abuse of power . . . And leaves nothing but ruin in its wake.

Your body is your personal space and your vehicle. It is the building in which you and all that is copyrighted by you, lives.

Rape is an invasion of you. It is a violation of your body, your soul, your spirit, your mind, your sexuality: your very personhood.

Rape is a violation of human rights.

It is notoriously difficult to find comprehensive and accurate statistics on rape as it is a hugely under-reported crime.

Data from the Home Office show that in the year ending March 2017, women were victims in 88% of rape offences recorded by the police. The Office for National Statistics found in 2017 that the majority of cases of rape inflicted upon a female (including attempts) were perpetrated by somebody she knew. In 45% of cases, it was her partner or ex-partner, and in 38% of cases, it was someone else that she knew (but not a partner or family member). Only one-seventh of female victims reported the offender as unknown to her. This shows just how vital it is to challenge the behaviours of those that we come into contact with. 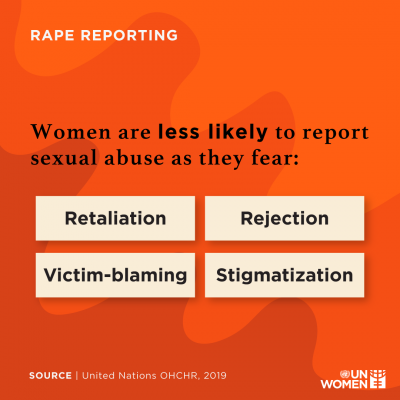 They are the ones best positioned to harm when the conditions are ripe for rape. 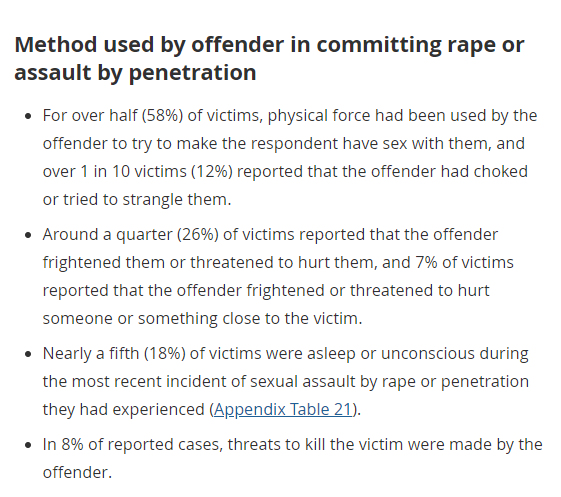 Rape as an abuse of power. (Office for National Statistics, 2017)

Marital rape was made a punishable offence by law in the UK in 1991. Today, over 58% of countries worldwide still have yet to criminalise forced spousal sex.

The legal framework for marital rape in the UK recognises that:

‘the rape of a wife by her husband [is] particularly offensive in that it [is] an abuse of an act which [should have been] his means of expressing love for his wife.’

It also notes that, due to sharing a property, it is hard for the wife to avoid ‘her husband’s insistence on intercourse.”

The plunder of women has long been a tool of destruction in conflict. In her book Scars Across Humanity, Elaine Storkey writes of women being captured to sexually service soldiers.

An Amnesty International report showed that, during the Darfur War, women were often exploited by the enemy, beaten for information, or forced to disclose where their husbands are hiding. Elaine writes, ‘[they] were also systematically tortured and raped in front of their families not only to frighten other women and degrade them but also to humiliate their menfolk.’ This pattern of behaviour occurs on an international scale.

The culture of shame around rape marginalises survivors. Some women are then forced into prostitution, as they will be unable to find any other work. In many societies, rape is culturally as deplorable as a crime as murder. Yet it persists. Rape is a global problem, and it disproportionately affects women and girls. 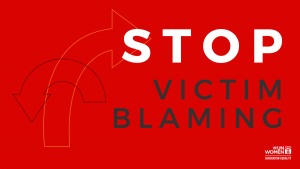 The figures around rape as a weapon of war are staggering. Elaine Storkey records how, ‘in the 100 days of genocide that ravaged the small African nation of Rwanda, an estimated 250, 000 to 500,000 women and girls were raped’.

We need to talk about the prevalence of rape. We need to listen to and protect those whose lives it has marred. And we need to do all we can to stop it from happening