The Dark of Pornography

I don’t love to hear that word, nor to think about what it means.

The term derives from the Greek word porni, meaning ‘prostitute’ and ‘graphein’ (“to write”). It was initially used to classify any work of art or literature depicting the lives of prostitutes. Nowadays, we would define pornography as: ‘The sexually explicit writing, images, video, or other material whose primary purpose is to cause sexual arousal.’

An additional element of pornography is child pornography: exploiting minors and making graphic recordings of their abuse and is inextricable from the businesses of pornography.

British paedophile Richard Huckle sentenced in 2016 for the known abuses of some 200 children, shared photos and videos of his crimes on the so-called “dark web” for other sex offenders to watch.

The increase in the desire for young, petite women has led to those in the pornography industry progressively selecting younger-looking women, and sometimes, underage girls, to create their content.

Pornography is synonymous with male domination – and sexual objectification that fetishes the body of the woman yet forgets the person who inhabits it.

The frightening amount of people that view pornography daily across the globe is an indicator of how our world sees women’s bodies. Some may pat themselves on the back for never having assaulted a woman, yet spend hours watching countless women forced into subordination during sex.

A report from just last week (late November 2019) found that a third of British women below the age of forty have been victims of unwanted choking, slapping, gagging or spitting during sex. 20% of these women said they were left frightened by the incident(s). These occurrences identified as having a direct correlation to the extreme violence and verbal abuse typified in pornography.

As well as the alarming rates of violence against women and girls that pornography engenders, it can also be traced back to marital problems. In the United States, studies show that pornography use increases the rate of infidelity in marriage by over 300%. The state of heightened and excessive sexual arousal that pornography induces means that erectile dysfunction is now more and more common, leading health services the world over to consider pornography as not just a social problem, but also one with serious medical implications. Users of pornography are also found to experience high levels of depression, loneliness, and to be more susceptible to financial and job losses.

Pornography presents women as objects, leading men to see the women and girls in their lives in much the same way. In turn, women compare themselves against the industry that creates unrealistic and dangerous depictions (all while presenting them as standard) of what they and sex should be.

Pornography is setting our societies ablaze.

Yet, many are sitting and watching the fire scorch and destroy everything in its path, because shouting “FIRE!” and grabbing a huge hose would probably not be too well-received by the puppeteers of the industry and those who play along with it.

Are we content to sit by and watch the forest burn down, or are we ready to join forces to tackle this emergency? 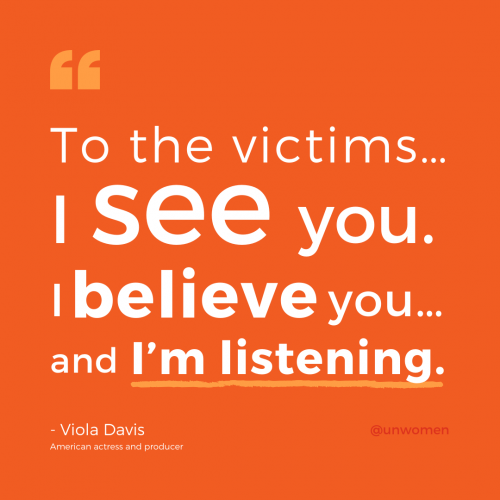