Have you ever heard of breast ironing? I hadn’t until four years ago. It was a coincidence really; I happened to be called onto a BBC Radio interview, and another guest was invited to talk about the horrific practice during a different segment of the show. In the four years that have passed since my eyes and ears were opened to breast ironing, I have heard not one radio slot nor seen a single TV segment addressing this abuse. It is only because I have actively gone in search of articles on the matter that I have seen the issue discussed this year.

If there ever was a time to raise awareness about breast ironing, it is now.

The practice involves suppressing a girl’s breast tissue once she begins puberty. Girls aged between around nine to fifteen will have hot implements such as stones and pestles applied to their chest area in an attempt to prevent their breasts from developing. Another method involves wrapping tight elastic bandages around the girl’s chest, which are tightened at various points in the day.

There are frightening parallels with the harmful tradition we looked at yesterday: female genital mutilation.

The thinking behind the practice is that it will enable a pre-pubescent girl to suppress an element of her anatomy that marks her out for gender-based violence: notably rape, sexual assault, abduction, forced marriage… The hope is that she will subsequently be allowed to continue her education instead of ending up pregnant in her young years.

It is beyond sobering to think that, due to endemic gender inequalities that continue to steal female dignity and human rights, women placed to protect girls in their lives will actually subject them to this abuse. All while believing it is the ticket to their salvation from so many other forms of gender-specific violence.

Breast ironing is most common in Cameroon, where the UN reports over 4 million girls to endure the humiliating intervention. For the most part, the flattening is carried out by female family members, sometimes with the assistance of a traditional healer.

However, this abuse occurs on every corner of the globe, having migrated with cultures and traditions. Right on our doorstep here in the UK, community workers in London, Yorkshire, Essex, and the West Midlands have reported several cases where pre-teen girls show signs of being victims. The Came Women and Girls Development Organisation (Cawogido), estimates that at least 1,000 women and girls in the UK have been subjected to attempts to force their breasts into submission.

This year, the National Education Union mandated that breast ironing awareness should be compulsory in schools, to safeguard young girls.
Breast ironing, in every way, constitutes child abuse. However, it is not yet illegal.

Campaigner Margaret Nyuydzewira, who leads Cawodigo, says: “The British people are so polite in the sense that when they see something like that, they think of cultural sensitivities. But if it’s a cultural practice that is harming children … any harm that is done to a little girl, whether in public or in secrecy, that person should be held accountable.”

Disturbing stories told by females now in their adulthood point to the lasting damage that this practice engenders. Women talk of it being impossible for them to wear a swimming costume in public, talk less undress in front of their intimate partners.

“I was eight when my mother told me: ‘Take your top off. Do you have breasts already? When a girl your age has breasts, men look at her.’ I didn’t understand what she was doing. Every day, sometimes three times a day, she would flatten my chest with a hot spatula. She would just say: ‘It’s for your own good.’ It was a nightmare. I noticed that the more she massaged me, the more my breasts grew. When she realized it wasn’t working, she used a rock. That was hell. It felt like my body was on fire. A guidance counsellor, who I told everything, tried to talk to my mom and get her to stop.”

Indeed, breast ironing is utterly futile. It does not stop the breasts from growing but does leave women with malformed breasts, difficulty breastfeeding or producing milk, severe chest pains, infections, and abscesses. In some instances, it may be related to the onset of breast cancer.

The United Nations describes breast ironing as one of the five most under-reported gender-based crimes in the world. We need to bring what is in the dark to light and press red on this horrific violence. 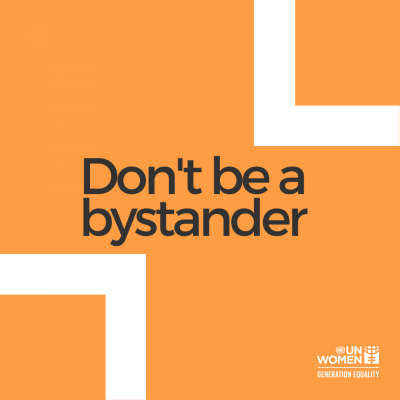